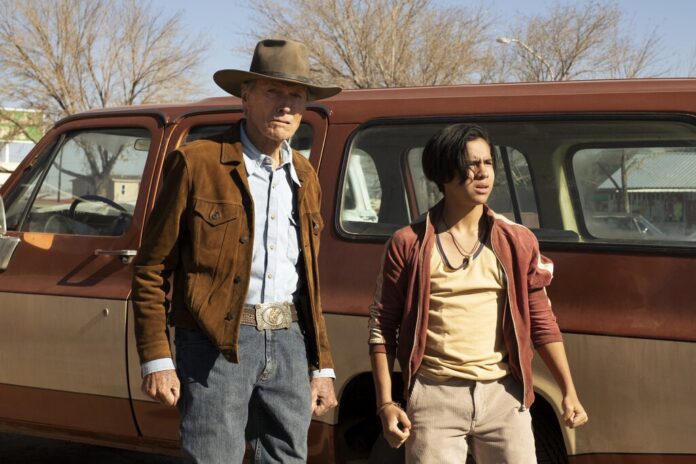 At 91 years old, could this be Clint Eastwood’s last ride? The film is based on a screenplay that was written in the 1970’s and passed on by the studios.

For fans of Mr. Eastwood, it will be enjoyable to watch although his age awkwardness comes through. The dialogue in Cry Macho is woefully weak and the result is feeling like you’ve seen this movie before.

Reminiscent of “Gran Torino,” the movie is about an unlikely bond forged between a young boy and a cranky old man. But in this film the adults are mostly unlikeable and the jokes don’t land.

Eastwood plays Mike Milo, a Texas rodeo legend sidelined by an accident, tragedy and age. His former boss (Dwight Yoakam) sends Mike traveling to Mexico to bring back his 13 year old long-lost son,– a chore he can’t carry out himself because of acrimony with his ex-wife and vague legal complications.

Mike quickly finds the boy, Rafo, and we are introduced to the film’s namesake, a rooster named “Macho”, but the road trip back hits multiple potholes, in ways that will do little to improve US-Mexico relations. Parents may find the language and drinking offensive to their children. All in all, be careful when a movie’s main character is a chicken.

New Movie: The Son to be released Friday, January 26th