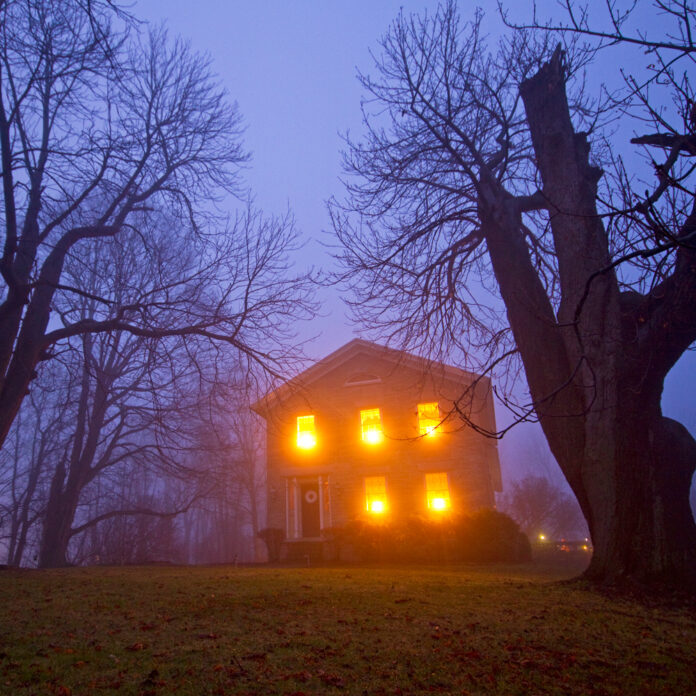 If you live in a house with a reputation for being haunted, you may, understandably, think that potential buyers may be put off it. And yet, recent research* shows that anything but is the case.

It turns out that if you live in a home that’s known for being haunted or even just a house that has an association with a famous horror film, you may not need much property advice for selling it – it is guaranteed to be in demand, and sell for more than other comparable properties in the area.

From The Conjuring to the UK’s most haunted

If you happened to be the lucky owner of 284 Green Street, Enfield, London, is the home featured in the film The Conjuring 2, you could expect to sell it for £431,000 – £100,000 more than the house was worth only in 2016. The original Conjuring house, located in Rhode Island, is currently being sold for $1.2 million, however, it was originally bought for only $439,000. That’s an increase of $761,000 since the release of the movies. The appetite for horror film houses transcends borders.

The Cage, a former medieval prison in St Osyth, also known as the spookiest house in Britain, is 17 per cent more expensive than similar properties located in the same area. And 39 De Grey Street in Hull, often referred to as The Hostel, has experienced a 53 per cent increase in price compared to other properties on the same street. That’s despite claims that the supernatural happenings inside the house are so terrifying that no one will in it.

But by far our favourite is the fate of 30 East Drive, in West Yorkshire, which has been voted most haunted house in Britain by the Most Haunted TV show. This house last sold for £132,000 and is now estimated at £145,000. That’s despite the fact the house hasn’t been decorated since the 1970s. It is now worth £23,000 more, although other houses on the street are fully refurbished and well maintained. It turns out that if your house has the ‘haunted trademark, you could even get away with not refurbishing it.  The only issue, of course, is that you’ll have to put up with things that go bump in the night while you’re living in it.

The post Live in a haunted house? You’re in luck – people will pay more for it appeared first on Ideal Home.