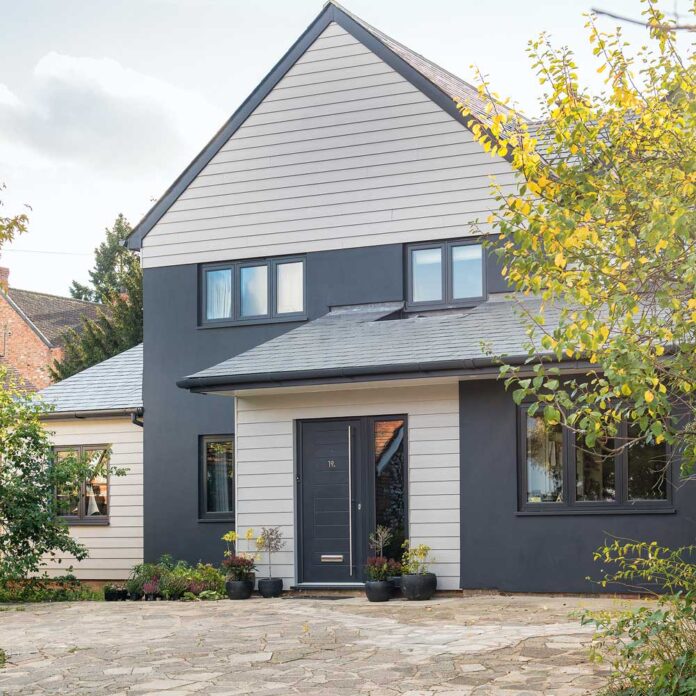 Housebuilders could face a paved driveway ban due to new restrictions around river pollution. The government is currently looking at new driveway rules to help clean up the UK’s waterways, including builders’ ‘right to connect’ to sewage networks.

As solid paved driveway ideas rely on drains and do not allow water to soak into the ground, they can create excess water. This can cause sewage systems to overflow, leaking into local rivers.

Junior environment minister Rebecca Pow spoke to The Telegraph about the Clean Rivers campaign in her Somerset constituency of Taunton Deane. Rebecca Pow said that in the future, new housing developments may have to show that they have plans for a sustainable drainage system in place before they’re allowed to connect to local sewage networks.

This will prevent the sewers from becoming overwhelmed. The new driveway rules are likely to include restrictions on solid paved driveways in favour of green spaces.

The Government is also considering creating ponds to allow water to soak into the ground rather than running off an impermeable driveway and into drains, where it can put pressure on sewage systems. ‘There’s a lot of water getting down into our drains and getting muddled up with the sewage that doesn’t need to be there,’ comments Rebecca Pow.

‘So we need to have water butts in our gardens,’ says Rebecca. ‘We need to have semipermeable membranes on our driveways rather than Tarmac so that water doesn’t rush in.’

It’s said that major housing developments may also have to invest in new sewage infrastructure to avoid overwhelming the existing network.

Other permeable driveway options include gravel or shingle, which can look aesthetically pleasing and are relatively cheap to install. Resin-bound driveways, or wheel tracks are another alternative to solid paving.

This is where paving is only put down in two strips where your car’s wheels will rest when parked in the driveway, leaving the rest as gravel or grass.

More sustainable gardens and driveways will lead to cleaner rivers, in turn making local areas nicer places to live. The new driveway rules are also set to create more green spaces where wildlife can thrive, rather than lots of paved-up concrete in new developments.

The post Paved driveways could soon be banned in the UK due to new restrictions appeared first on Ideal Home.