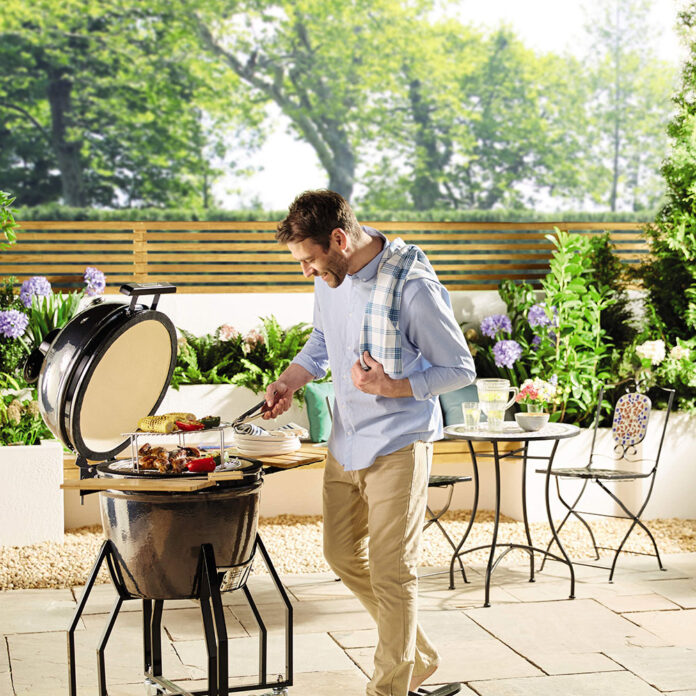 Aldi is bringing back its sell-out Aldi Kamado BBQ this weekend, to start BBQ season early. The statement culinary piece is arriving back into stores on 13th February.

Priced at £399.99 the BBQ is £896  cheaper than rival the Big Green Egg, which most grill aficionados, not to mention David Beckham and Megan Markle (rumour has it), rate as the best BBQ.

The hotly anticipated Special Buy will be available exclusively online from 13th February at 8am, so you better set your alarms as they won’t hang around for long.

The original Big Green Egg is based on a 3,000-year-old Japanese Kamodo pot. Made from thick ceramic, it retains heat so well that one load of charcoal can stay hot all day. Celeb chef Jean-Christophe Novelli says it’s the closest thing to ‘cooking on an Aga in your garden’.

It roasts chickens, cooks pizzas, smokes ribs and will turn out a succulent burger in 10 minutes. No wonder its list of fans is so long, and includes Michelin-starred chefs Sat Bains and Daniel Clifford. Problem is, it’s not cheap.

Search online and you’ll find that a Large Big Green Egg with shelves will set you back £1,295. This poses a problem for the budget-conscious barbecue looking to make a statement with their garden ideas and cooking skills. Until now, that is.

Aldi’s cheeky rival to the Big Green Egg – the Kamado – can pull off the same culinary tricks for just £399.99! It’s happy cooking fish, grilling meat and baking bread and pizza – you can even use it for desserts. We’re told it does a mean Victoria sponge, and isn’t too shabby at apple strudel, either.

Like the Big Green Egg, the Kamado BBQ is made of strong, durable ceramic that doesn’t get too hot to touch. This makes it safe enough if you have little ones around. It heats up in minutes, and to control the cooking temperature, you simply adjust the draught from the ash door and the opening on the lid.

Perhaps £400 is a little more than you’d planned to spend on a BBQ – but we think it’s the bargain of the summer. Far from being ‘eggs-pensive’, the Kamado is a bargain.

The post Aldi’s cut-price BBQ to rival chefs’ favourite The Big Green Egg is back this weekend! appeared first on Ideal Home.